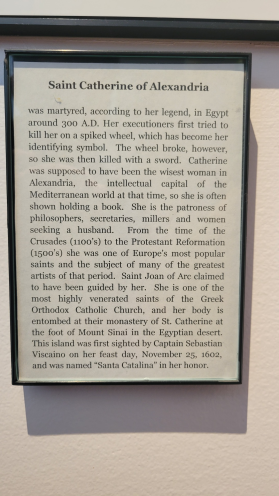 A description of Saint Catherine of Alexandria, our patron saint, that sits beside her statue at the rear east side of the vestibule (next to the front doors). Above this description is a certificate of celebration from His Eminence, Cardinal Rodger Mahony recognizing the 100th anniversary of our parish, as well as the 400th anniversary of the first Mass offered in the Archdiocese of Los Angeles.

(Important note, that the first Spanish explorer to reach Santa Catalina Island was Juan Rodriguez Cabrillo in October of 1542. If it weren't for the later renaming by Viscaino, the island would still be known as "San Salvador" the name of Cabrillo's ship.)

Saint Catherine of Alexandria Catholic Church is located on Santa Catalina Island, 20 miles off the coast of Los Angeles, California. The church building has been serving the city of Avalon since 1950, but our catholic history on the island begins much earlier when the first Catholic Mass was said on the island in the year 1602 by three Discalced Carmelite Friars accompanying Spanish explorer, Sebastian Viscaino.

The first Catholic Church building on the island was dedicated in 1902 on Vieudelou Avenue, with Fr. P. F. Byrne as the first celebrant. When a larger property became available, a new sanctuary was built in 1950 on Beacon Avenue, where we stand to this day.

The main building and rectory were built first, and in the Summer of 1963, the parish hall and other auxiliary rooms were built to support and expand the parish. 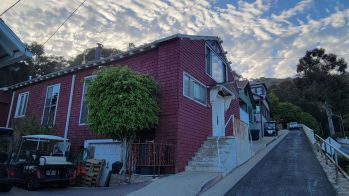 Former Catholic church on Vieudelou Avenue. The location is currently a private residence. 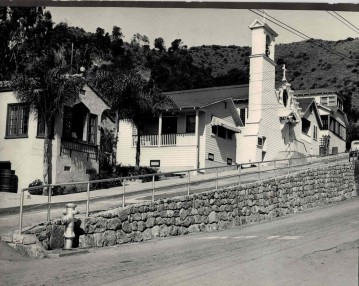 An older picture of the former Vieudelou site when it was still the active parish church. We are glad that our parishioners no longer have to climb that hill! 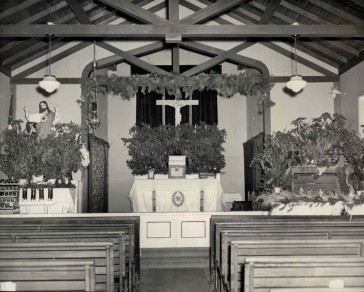 Construction of the new Church and Rectory 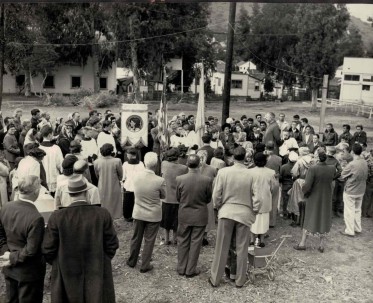 This is the ceremony held for the groundbreaking of the new church on Beacon Street. 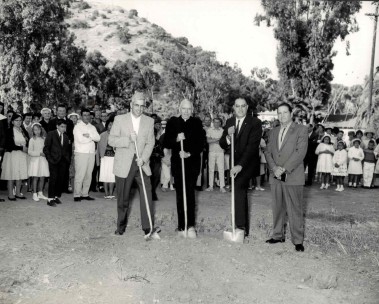 Groundbreaking of the new church. January 29, 1950 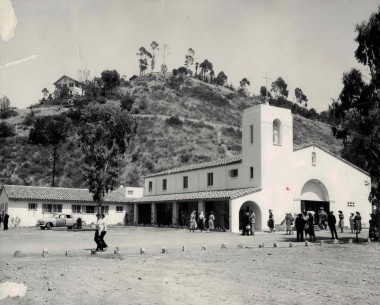 The completed property of the new Beacon church with the church close to the street, sacristy behind it, and rectory to the left side. This is before our courtyard and Hall building were built. 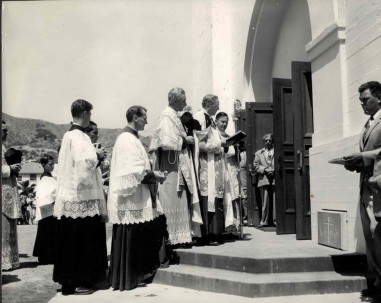 Clerical procession gathers outside the new church shortly after its completion. 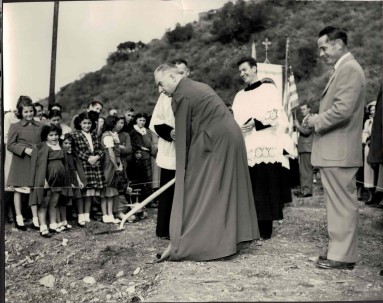 Groundbreaking for the hall building, which would later also become our present hall, Guadalupe meeting Room, and restroom complex. June 30, 1963 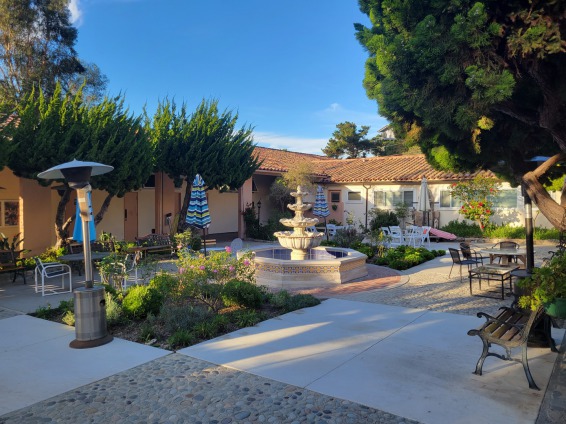 In the present day, our church has a beautiful courtyard garden area that was recently renovated between 2019 and 2021. New concrete was laid, trip hazards and old concrete removed, and more patio-style seating added for our weekly post-Mass coffee time (as well as other gatherings). Father William Ruther (pastor, 2016-2022) was a tremendous support for this project, and did a majority of the flower planting himself. Thank-you also to Randy and Carol Harrell, who donated towards the patio improvement project.

MISSION STATEMENT: We, the people of St. Catherine Church located on Santa Catalina Island, California, are called to be members of the body of Christ. Gathering around the Table of Word, Eucharist, and Sacraments, we commit ourselves to love and support one another in faith, hope, and charity. We are sent forth as disciples, in the power of the Holy Spirit to make the Good News of Jesus Christ present and alive in our world through outreach and hospitality, healing and service, education and the establishment of justice on this beautiful island of Santa Catalina.